The Easter promotional shoot was a great success! The entire cast was an outstanding group. I took a few shots of everyone on my cell phone. Here they are: 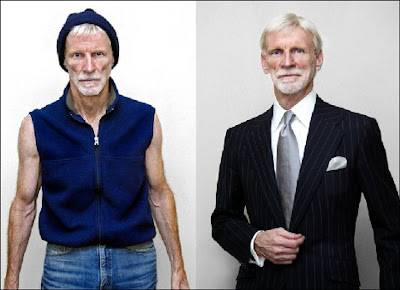 No just "the creepy guy" 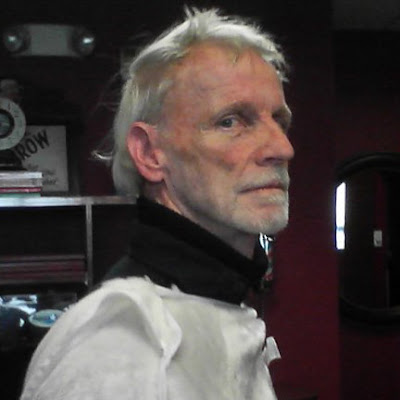 The other side of Kevin— a wonderful person to work with. I was able to book Kevin Gebhard, the creepy bunny, and he was an amazing contributor to the shoot. He played his part to perfection. With a cigar in his mouth and his trademark expression, he will absolutely be the focus of all eyes in the malls this Easter. 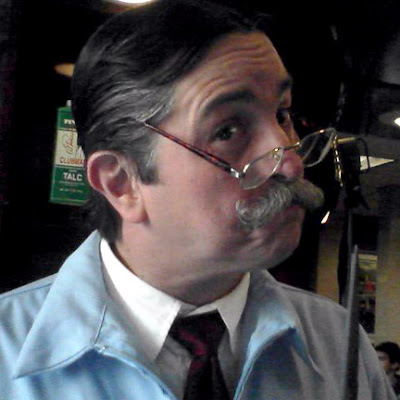 Phil Swetz was the ideal barber. He had the handlebar mustache, the glasses, the part down the middle and the personality to match. He had a ton of energy and, while in character, carried himself like he belonged on Mr. Roger's Neighborhood or maybe even a friend of Floyd's on the Andy Griffith Show. 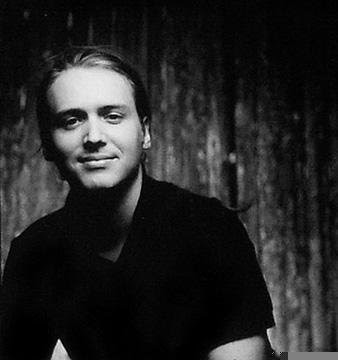 Roger Hagadone is the best photographer I have ever worked with! He specializes in these types of portraiture and never disappoints. His work is edgy and unique and fits LoveSac's style perfectly. I've used him exclusively for LoveSac photo-shoots and wouldn't want to work with anyone else. His assistant Nick came as well. Nick is a great guy and always keeps the environment light with his clever one-liners. Check out Roger's work by clicking here. 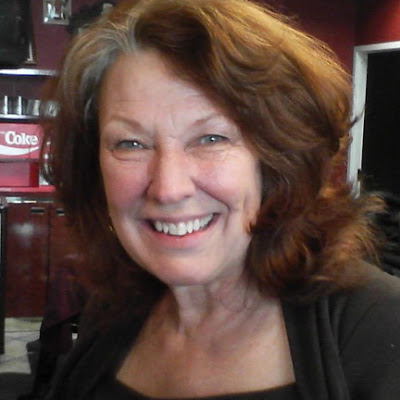 In addition to the Easter promo-shoot, we photographed our newer t-shirts on two great models: Brian Casey and Amy Meador. In doing so, I decided it may be best to hire hair and make-up. Janet applied for the gig and had a resume that I could not turn down. She recently worked on the set of Prison Break, one of my favorite shows. She was in charge of makeup for Fernando Sucre (Amaury Nolasco) and Theodore "T-Bag" Bagwell (Robert Knepper) in the show. Janet was nothing but professional and very enjoyable to work with. She did an amazing job and I will be sure to book her for future photo shoots. 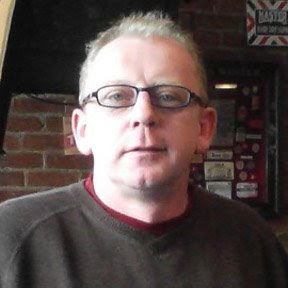 Michael Warde is the owner of Montana for Men, the barbershop we used as our studio. Michael was extremely helpful and open to us using anything that we needed. His barbershop offers high-end haircuts with some extras that you don't see in barbershops very often. I was very surprised to see beer on tap in his shop. How relaxing would it be to have a beer while getting a haircut? Made with Real Bunny Phur

A sneak peek of Monday's photo shoot. Above is a quick snapshot that I took with my phone during the shoot. I can't wait for you to see the final image. You will not be disappointed.
Watch for Part III in a couple of days.
Posted by Benjamin B. Clark at Tuesday, January 27, 2009

Too cool, I can't wait to see the final product. Thanks for taking us along for the ride!